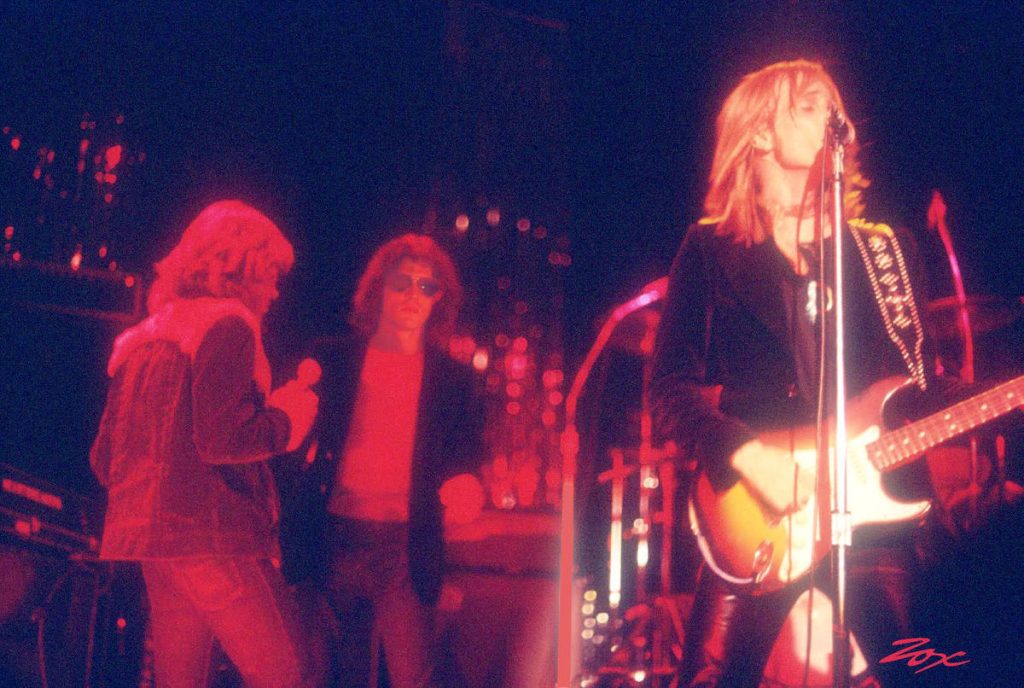 Once upon a time in the 1970s, Tulsa’s Dwight Twilley and some kid from Florida named Tom Petty were new artists whose bands had been signed by Shelter Records, which had facilities in Tulsa and California.

Twilley dropped by the studio in California one night and Petty was there by himself. Petty wanted Twilley to listen to a freshly recorded song.

Twilley thought the song was good, but perhaps too lengthy.

“It seemed like it was five minutes long or something,” Twilley recalled.

At the end, as the song was fading, Twilley heard a lick (da-da-da-da, da-da-da-da) by Petty’s guitarist, Mike Campbell.

“I think that’s your hook right there,” Twilley told Petty.

“I left the studio and didn’t think anything else about it,” Twilley said. “Then I found out after I left that, at 2 in the morning, he called his band back into the studio and re-recorded it with that lick.”

The song was “Breakdown” and it was the first single on Tom Petty and the Heartbreakers’ debut album. It was a top-40 hit. Many more would follow for Petty, who died Monday at the age of 66.

Twilley told the story near the end of a recent phone interview. He was contacted to talk about Petty’s ties to Tulsa.

Petty spent pre-fame time in Tulsa because he was in the Shelter Records stable. Shelter Records was co-founded by Tulsa’s Leon Russell and English record producer Denny Cordell. Shelter’s Tulsa HQ was the historic Church Studio, a church that had been transformed into a recording studio.

Petty recorded two albums for Shelter Records and it’s fair to presume all the tracks were recorded in California. That’s where Twilley thinks he met Petty for the first time.

Twilley said Church Studio was kind of like a step in the Shelter Records ladder. Immediately after Twilley and his band signed with Shelter Records in Hollywood, they were sent to Church Studio, where artists could, in a low-pressure environment, get comfy in a recording studio.

“It was like a little sanctuary, and not with microscopes on you and everything,” Twilley said. “It wasn’t in the big city under the stars and everything. … They wanted to see what you could do and how you handled yourself, then they kind of reeled you in and then you started working at Shelter in Hollywood.”

Petty and his band made the Church Studio journey “just before us,” according to Twilley.

So, how long would Petty have been in Tulsa?

“I don’t think it was very much time,” Twilley said. “Maybe two or three months. I don’t know.”

Twilley and Petty became acquainted with each other at the West Coast branch of Shelter Records. In those days, Twilley said a lot of time was spent waiting around and getting to know everybody in the company.

It was a natural progression to hang out and forge friendships and “see if there was a way we could help each other in this crazy business we were facing.”

Petty chipped in as a musician during some of Twilley’s performances, including a national TV gig on a CBS Saturday morning variety show, “Wacko.” If you search YouTube, you can find footage of Petty sharing a stage with Twilley on the show.

“That was a lot of fun,” Twilley said. “You could tell we were having fun.”

Petty and Twilley also contributed to each other’s early recordings. Petty, when recording his debut album, asked Twilley and partner Phil Seymour (also from Tulsa) to sing backing vocals on the song “Strangered in the Night.” Seymour also provided backup vocals on “American Girl” and “Breakdown.” Petty played guitar on “Looking For the Magic,” a track on the Dwight Twilley Band’s second album. Petty can be seen in a video for the song.

“He was really good on it and we had fun with it and it didn’t become a hit, but now it has kind of had a strange resurgence in the last few years,” Twilley said, adding that the song has been used in the TV series “House of Cards” and movies, including “The Diary of a Teenage Girl” and horror flicks “You’re Next” and “Backcountry.”

In a 2010 interview with the Tulsa World, prior to a Petty concert at the BOK Center, Twilley said a lot of people used to think Petty was from Tulsa. “It used to really bother him,” Twilley was quoted as saying.

Reminded of the quote, Twilley said he doesn’t remember that. He doesn’t recall he and Petty ever having a conversation about the topic.

Did they have any chats about Petty’s Tulsa experiences?

Twilley said he is sure every subject came up because they spent so much time hanging out at Shelter Records in California. Twilley doesn’t think they were ever in Tulsa at the same time during their Shelter Records years.

Twilley said he could tell Petty had “it” during the early days.

“He had a great band, too. And he was a good businessman because he was able to hold his band together, which is not easy. It’s like herding cats. You’re dealing with a lot of different egos and outside influences and people trying to get involved with what you are trying to do. A lot of times it’s not the right person, and so he had a lot of good instincts about that.”

Twilley said he always thought Petty was terrific. He called Petty an important musician and great songwriter (“to me it’s the most important thing.”) He said Petty came from an era of rock and roll when rock was “alive” and hits were real and rock songs got airplay.

Said Twilley: “It was kind of a magic and special time.” 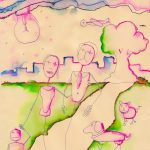 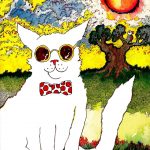 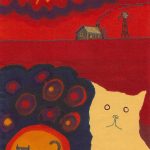 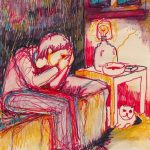 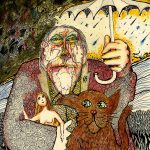 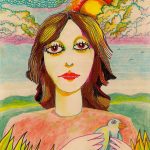 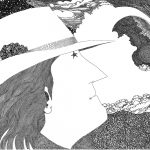